Servo = Australian slang for a service station, you know, those places where you refuel your car and also have a mini-grocery store. Usually a quick and easy thing to deal with. Note the word "usually"...
Need for some speed, don't wanna hit the skids
Fill up on juice like my car's a thirsty kid
But what sucks and may drive me into madness:
Huge friggin' queue to get petroleum access
Line never shrinks, I think, been so long now
Fallen asleep and let other cars go 'round
When they don't zoom right past, speedin' all the way
Absolute tools, speed limit here's 10 k's
Swear my playlist has looped twice in succession
That's weird right there, it's on shuffle, hence my problem
I have the time, no ice-cream meltin' drama
But up all night for one full tank? Still bullshit
Stuck on my butt, there's no room to manoeuvre
Car's linin' up, lag like an old computer
Jerks up my ass honkin' on the horn, damn Audi
Can't move my ass, no need to act so rudely
I'm sure some of my lines here contradict
But nothin' 'round here works, it just gets worse
No matter what the bullshit, it drives me nuts
Pain in the ass, still can't drive right up

After those problems, I stand at the taps
Thank God this time that they're aimed at my cap
No, I don't mean that petrol got sprayed
I keep forgettin' how my car's arranged
Wrong side takes up time, can't just reverse
It's been established we're full up on jerks
Next: to remember which damn petrol type
That I was fillin' my tank with last time (which one?)
I can't look at, no, can't look at the stands
Jack all to read but the name of each brand
Which one to pick? Which one should I choose?
Could really use some more obvious clues
After I pick and the horn honks have vanished
But I'm no mechanic so it's time to panic
This stupid nozzle's so loose, my sweat's poolin'
Hopin' I don't let go, that's how you spray the hose

Soon I'll be free, pay my bill and drive off
But it's so cramped, line is stretchin' out so long
I try to keep my anger down and buttoned
Those worker dudes and dudettes need none of it
All of the problems here with which I have dealt
With all these raps and brow furrowed to hell
Fault is not with all the wage-minimum kids
But all I see is a big line of dicks
"Man, this servo stinks! I deserve half-off!"
They're bringin' down the boot right where they should not
The sooner they shut up, sooner they just pay
Then the sooner I can pay, be on my way

The address of this page is: http://www.amiright.com/parody/90s/digableplanets0.shtml For help, see the examples of how to link to this page. 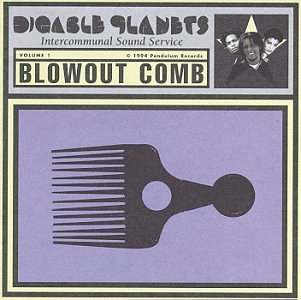 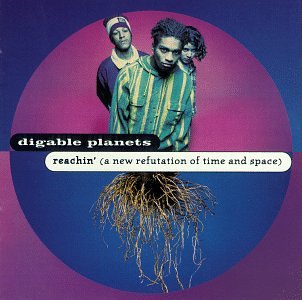 Reachin' (A New Refutation of Time and Space)