Song Parodies -> "You Pin Me Down (Like a Wrestler)"

Dude enters a wrestling contest of some sort, thinking "Pfft! This should be easy, wrestlin's fake, right?" Never realising that his opponent had the opposite mentality entirely...
Well I, I thought wrestlin' was fake
But I just got speared by some asshole, buddy
Hit so hard it hurt my spleen
Thought that it was all made up
Now you're twistin' my left arm
Hurts a bunch, whole bunch (pain's high)
In over my head, dude
Didn't really think this through
See, I, I entered in this contest, buddy
Thought it would be so easy
But it's turned out not so fun
Resultin' in lots of harm
Mostly from this thug

Think the ref's sayin' a speech
"Stop! Disqualification!"
I think that means you should stop
No more camel clutch

Everything I know about wrestling comes from The Spoony One and LittleKuriboh. Originally I was going to draw more info from those sources to make a parody about how terrible wresting is these days (with storylines so crap the wrestlers might as well just be repeating the title line for how engaging there are), but that either involved pretending to know more than I do (and copping flack for it) or working that into the parody (which was just clunky as all hell).
Previous Parody Added to the Site | Next Parody Added to the Site

Rob Arndt - October 23, 2015 - Report this comment
I used to love WWF and did a mean Hulk Hogan imitation that would rile folks up! My brother did Randy " Macho Man" Savage. Going to wrestling was one of the clean fun activities we were into 3 decades ago. One friend, a grown man, thought it was real. Nobody told him it was fake and choreographed! So we all had a blast!
Jonathan - October 23, 2015 - Report this comment
Dead Or A 5!
Matthias - November 15, 2015 - Report this comment
Haha! Nice! My sister is huge into wrestling and I'm sure that the wrestling fan of our little group here: Abbott is going to love this one! It would of been cool to see some more references to WWE like certain wrestlers or cage matches or anything like that but this was still a fun parody to a fun song. Also kind of reminds me of that scene in the first Spider-Man movie: BONE SAW IS READY!!!
Agrimorfee - November 17, 2015 - Report this comment
I easily get confused...why did the opponent get disqualified?
Blaydeman - November 17, 2015 - Report this comment
(artistry) Nt a huge wrestling fan, I am however fascinated by that culture, though. This was a lot of fun, but with the structure of the song, did get a bit repetitive. I wish you could've found a few more ways to do those tag-ons in the chorus other than just "buddy". Just a little more creativity there would've been nice. But that's just me nit-picking. Still as solid a parody as Stone Cold's pecs.
Max Power - November 17, 2015 - Report this comment
Down and out, win by DQ.
Abbott Skelding - November 18, 2015 - Report this comment
Matty, you are completely right...I absolutely love this parody! The original song is one of my favorite one hit wonders of all time and it was a good pairing. I will say that I agree with Blaydeman with the "buddy" part...but I can overlook that (he does say "baby" all the time in the original). Grim, someone can get disqualified (in this case) for refusing to let go of a submission move (in this case, the Camel Clutch) even after the opponent has given up (probably most famously seen in The Rock vs. Ken Shamrock at Wrestlemania 14). I think it was okay to not include famous wrestlers in this spoof, to keep with the amateur theme...but I love this inclusion of the "Out of nowhere" (whether that was intentional or not...it is a very popular meme right now among the wrestling fanbase). Well, I could ramble on for a lot longer, so I'll just wrap up by saying that this is very well done! Great work!

The address of this page is: http://www.amiright.com/parody/80s/deadoralive11.shtml For help, see the examples of how to link to this page. 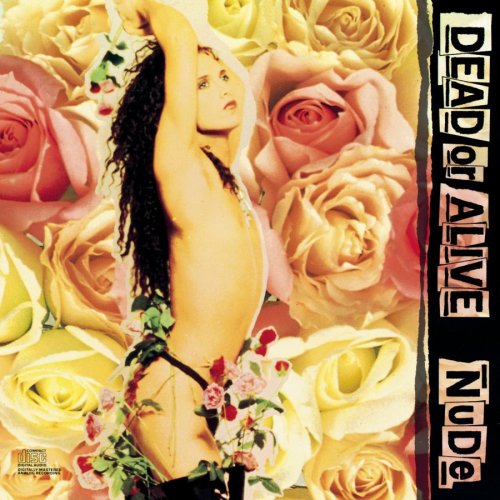