"Longer (I've Been In Love With You)"

I submit this tribute to Colonel John Glenn on the 50th anniversary of the first American orbital flight. Certainly the superlatives in TOS are appropriate.
Longer than phantom bridges spanning oceans,
Higher than astronaut [1] ever flew,
Faster than the fixed stars [2] up in the heavens,
I've seen above sky's blue.

I'd sling Mercury that Winter;
Soon then Gemini would spring.
Yields Apollo to Space Shuttle
With hovering wings.

Through the years, as my fiery star role mellows,
Turning mine to the books of our laws, [4]
Oft my mind distracts to that age of smart young fellows;
I'll greet beloved crew. [5]
I'll speed above sky's blue.

Longer than phantom bridges spanning oceans,
Higher than astronaut [1] ever flew,
Faster than the fixed stars [2] up in the heavens,
I've seen above sky's blue.

Rob Arndt - February 21, 2012 - Report this comment
A few things: [1] The sky is actually black, not blue as any astronuat or SR-71 driver can tell you. It _appears_ blue due to light reflecting off particles and moisture in the atmosphere and thus the color range depends on a combination of what is and is not reflected. [2] Astronauts are not weightless in space, they are in constant free-fall. If any spacecraft were to immediately stop forward motion, it would be pulled down like a brick by gravity. It orbits b/c of a balance between thrust and gravity. [3] Soviets were officially first in space due to German tech and got their spacesuit designs from German WW2 designs of the Draeger Werke since 1942! [4] Germany had a space program in WW2 under the SS Technical Branch. Spacesuits were made by Draeger and the EMW Division at Peenemunde designed manned V-2 craft as well as man-carrying two and three-stage rockets apart from the military application [5] Eugene Saenger also was developing a transatmospheric space bomber under the Saenger Silbervogel at Lofer, Austria. The Germans "might" have been first in space during WW2 with classified disc aircraft (Flugscheiben) that the US denied for 50 years and then admitted to in 1995 under FOIA documents obtained by Jim Wilson of Popular Mechanics magazine- they remain classified until 2020, [6] The space shuttle was derived from the X-20 Dyna Soar which was derived from German space concepts dating from WW2 to postwar under von Braun and Junkers. In Germany, postwar, Junkers propose the first shuttle type as the RT-8 transport system in the 1960s! http://machineagechronicle.com/2011/03/junkers-rt-8-the-1960%E2%80%99s-german-space-shuttle/ [7] The earth is technically not fully round- it is slightly flattened near the top, and [8] at a time when it is claimed that people believed the earth was flat, the Bible in Isiah 40:22 tells that the earth is in fact spherical!
Barry J. Mitchel - February 21, 2012 - Report this comment
Thanks for the treatise, Rob, that goes far beyond what I had in mind.
By "above sky's blue" I merely meant out of the atmosphere; it fit TOS.
In Isaiah 40:22, I doubt "circle of the earth" meant the prophet was aware of a spherical planet; it could mean instead the extent of a flat world one could see from a high mountain.
Rob Arndt - February 21, 2012 - Report this comment
Scripture assumes a revolving (spherical) earth (Luke 17:34-36). Jesus said that at His return some would be asleep in the night while others would be working at day-time activities in the field. This is a clear indication of a revolving earth, with the day and night occuring simultaneously. ~ "101 Scientific Facts and Foreknowledge", pg.6 Btw, I 555'd ya regardless! Maybe I'll write a parody with the term "Raumjaeger" that existed before Cosmonaut, Astronaut, and Taikonaut ;-D
NorCALgal - March 02, 2012 - Report this comment
SirGlenn is the man who should've been our President . . . we need him now! !

The address of this page is: http://www.amiright.com/parody/80s/danfogelberg8.shtml For help, see the examples of how to link to this page. 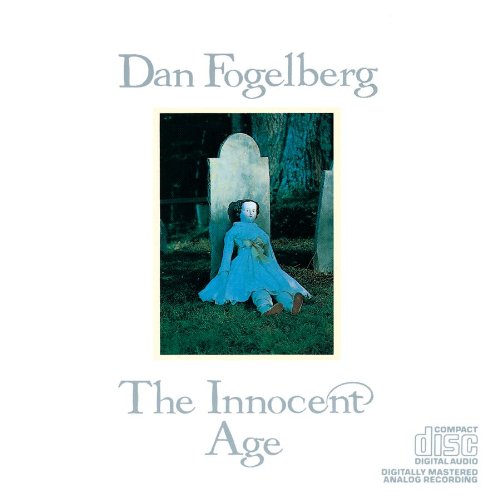