I think Biz Markie's singing voice is horrible. That's the basic idea of this parody.
Have you ever heard a song that you tried to hate
But two months to find out what song it is, why did I wait?
Let me tell ya a story of my situation
I was list'nin' to this song from a one hit wonder TV station
The way that they sang it made me glad they were never on tour at a concert
He had a white wig and a Victorian suit
I just went insane laughin', pourin' with sweat
I was surfin' to a VH1 site, and gues who I saw
I sang horribly in my ears, "...Come to the picture booth
So I can ask you some questions to see if you are a hundred proof..."
I asked for the song's name, the artist,...blah-blah-blah
He made me wish I had a very big bra
'Cause those horrible vocals left me confused
I said, "How anyone like this song?"
then I said, "I am very amused"
The song needed a bass, I started throwin' tomatoes
But when I sprung the question, the song acted kind of strange
Then when I asked, "Do ya have a man who can teach you how to sing properly," he tried to pretend
He said, "...No I don't, I only have a friend..."
Come on, I'm not even clappin' for it
Never again shall we hear him sing...

So I do not want to hear that song another time
But I can't resist, hearing this bad song ain't no crime
'Cause I have friends and that's a fact
"...Like Agnes, Agatha, Germaine, and Jacq..."
I must forget about that, let's go into the story
About a dude named Biz Markie that adored singing horribly
So he started talkin', and his singing became familiar
"...Spendin' a lot of time so we can build up
A relationship or some undderstanding..."
How am I gonna be in the future If this is song is all I'm planning?
his singing will never sound so dandy and sweet
But, I had no idea I was in for a treat
After I laughed so hard, everything was cool
The song was over and the song is still cool
I listened every day to see how the song was doin'
Everytime that I l-listened, his stuttering started brewin'
I wanted to hear it one more time, logged on, and then I tried again
But unfortuately, I could never again listen to "just a friend"
Don't gimme that, don't ever gimme that
Jus' bust this...

He came to the shooting of a cover version for a surprise visit
To see that dude that was so exquisite
It was a cool day, I never knew he was there
His song is candy to my ear
"...I went to a gate to ask where was her dorm
This guy made me fill out a visitor's form
He told me where it was and I as on my way
To see my baby doll, I was happy to say
I arrrived in front of the dormitory..."
Yo, could you tell me if this song's gonna be over by three?
They showed me where I was at the moment
I didn't know I was in for such an event
"...So I came to her room and opened the door..."
Oh, snap! Guess what I saw?
A fella wearin' a white wig and bad vocals from his mouth,
I was so in shock my heart went down south
So please listen to the message that I say
Don't ever listen to a girl by Biz Markie called "just has a friend"

The address of this page is: http://www.amiright.com/parody/80s/bizmarkie0.shtml For help, see the examples of how to link to this page. I Need a Haircut 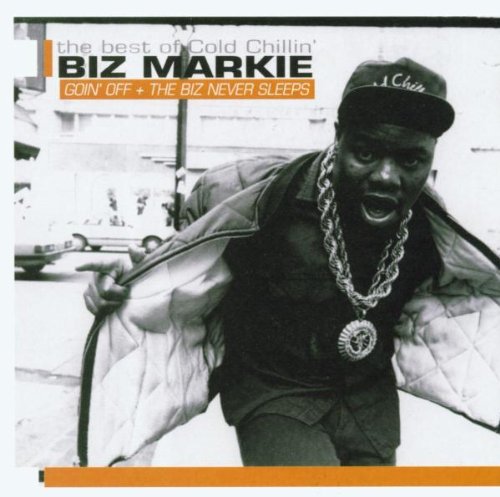