I swear I must have an angel looking over me. Almost hit twice, while crossing street, almost drowned twice, but saved, not to mention almost getting run over by train. I'm telling you, if I were dead right now, I wouldn't be nearly as funny!
I hate drowning when I'm in my swimming pool.
I hate drowning, I'm yelling and acting like a fool.
There's no lifgeguard around, its hard to get uptight.
Its the end of the world and I'm the stupiedest man not alive.

I'm lying nude burning from the bright sunshine.
The one day i go skinny dipping I had to die.
One by one they give me CPR but now I'm done.
Over and over they try in vein.
And if only only girls were touching me,
I could rest in peace.

I hate drowning when people think that I'm a spy.
I hate drowning, waterboarding makes me cry.
When the water goes down,
there's no secrets to hide.
I'm nearly dead,
And I'll hate the sea for the rest of my life.

If only I had died in a car crash and not at home,
Then it wouldn't say knucklehead on my tombstone.
I'd be smiling if I had overdosed on canibus.
Cursed by fate, death is so unfair.
Now I'm dead and I can't argue,
Does it matter if I swear?

The address of this page is: http://www.amiright.com/parody/70s/kennynolan0.shtml For help, see the examples of how to link to this page. 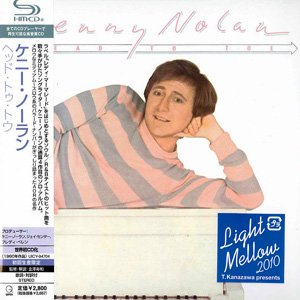