The version by Bow Wow Wow may be more familiar. Narrator? Who else, Our Fearless Wartime Leader With a Purpose. "Foggy Bottom" is not a sex reference, it's the part of Washington, D.C. where the Department of State is located.
I know a girl who's tough but sweet.
Sticks it to the Arab street.
She's got the viewpoints I desire.
Never has called me a liar.

I know economy goes down
but lies about war kept me 'round.
Colin Powell didn't like my orders
or why I crossed the Iraqi border.

Condi at Foggy Bottom's better.
She's my pretty right-wing go-getter.
Laura is that wife of mine
but Condi agrees with me all the time.

The address of this page is: http://www.amiright.com/parody/60s/thestrangeloves0.shtml For help, see the examples of how to link to this page. Time For The Rest Of Your Life 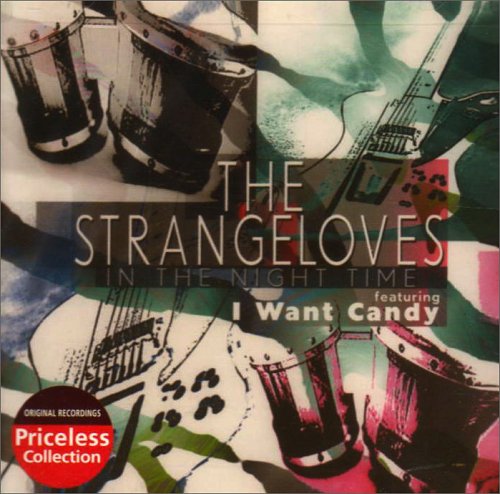 In the Night Time