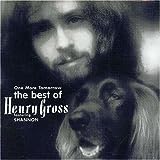 One More Tomorrow: The Best of Henry Gross album at Amazon.com
Henry Gross', "Shannon"
The Misheard Lyrics:
Shannon is gone
Our hound is drifting out to sea.
The Real Lyrics:
Shannon is gone
I heard she drifted out to sea.
The Story: My cousin said the song was about an Irish setter named Shannon, which liked to chase balls thrown into the ocean. One day someone threw a ball a little too far, Shannon went out after it and never came back. (Sob!) An online site says it was a Golden Retriever, not an Irish setter. Do we have the makings of an urban myth here? Was a dog ever involved, or not? My cousin said the words were, 'Shannon is gone. Our hound is drifting out to sea,' which for nearly 30 years I believed until I started looking up the words today! - Submitted by: Cori