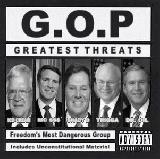 In the case of the sins of humanity and the Gates of Heaven, Defense Attorneys are:

Do you swear to tell the whole truth and nothing but the truth so help your faith?

All right so tell us what you've gotta say

Forgive the human race with a cross planted in the ground

A poor sinner got it good 'cause a crown,

of thorns was placed upon the most resilient Hebrew

to get authority to absolve sins of the majority

Praise Jesus 'cause he is the one

to encounter much temptation and have it all shunned

to be beaten on, and crucified

this guy wasn't so worried about rep or 'bout pride


Forgiving me, yet straight from his manger

to the end of his life he loved all strangers

Searchin' my soul, looking for the passion

He didn't hafta do anybody favors in this fashion


But he'd rather me in the heavens

than me and my enemies shortchanged at sin and attacking these

bits of flesh we call ourselves

Before we finish ourselves off, we really otta delve

to the notion that we're all friends and neighbors

labor only for ourselves ain't enough to self-savor


I dunno what these Pharisees are up to

Give to Caesar Caesar's stuff, and all neighbors get love,

and on the other hand, you better practice it to preach it.

So don't let it be something to retreat from

Yet he won't sweat your mistakes and vanity

Jesus Christ showing out for humanity

at the punishment of law in a Roman uniform

Just cause he blessed the wretched and the fools


A just Jesus on the Golgotha path

and when they're finished, it's gonna be a bloodbath

of Yeshua, dyin' on that cross

A Jewish carpenter is my new boss.

Judge Dre presiding in the case of NWA versus the police department.

Do you swear to tell the truth the whole truth
and nothin but the truth so help your black ass?


Why don't you tell everybody what the fuck you gotta say?

And not the other color so police think

They have the authority to kill a minority


Fuck that shit, cuz I ain't tha one

For a punk muthafucka with a badge and a gun

To be beatin on, and throwin in jail


Fuckin with me cuz I'm a teenager

With a little bit of gold and a pager

Searchin my car, lookin for the product

Thinkin every nigga is sellin narcotics


You'd rather see me in the pen

Then me and Lorenzo rollin in the Benzo

And when I'm finished, bring the yellow tape

To tape off the scene of the slaughter


I don't know if they fags or what

Search a nigga down and grabbin his nuts

And on the other hand, without a gun they can't get none

But don't let it be a black and a white one

Cuz they slam ya down to the street top

Black police showin out for the white cop

On any muthafucka in a blue uniform

Just cuz I'm from the CPT, punk police are afraid of me

A young nigga on a warpath

And when I'm finished, it's gonna be a bloodbath

Of cops, dyin in LA

Yo Dre, I got somethin to say

"F--- Da Police"
The video was banned by MTV and Much Music because of it's violent lyrical content.
Submitted by: Celeste
"Fuck Tha Police"
In August 1989, officials at the F.B.I. write to gansta rap group N.W.A. informing the performers that the bureau does not appreciate this song.
Submitted by: Peter