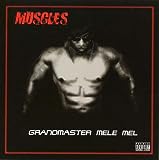 "I've never been shot, I've never been arrested, and I've been doing hip hop all my life. I can't change things all by myself. We need everybody's help, so let's do it and get this thing done." At the acceptance speech in 2007 Melle Mel and The Furious Five (joined by DJ Grandmaster Flash) became the first rap group ever inducted into the Rock and Roll Hall of Fame. Mel implored the recording industry members in attendance to do more to bring hip hop back to the culture of music and art that it once was, rather than the culture of violence that it is now. After all, he and his mates wrote anti-drug songs like 'White Lines (Don't Do It)'.and Mel himself wrote the anti-crime 'Vice' which is on the soundtrack for the TV show MIAMI VICE.