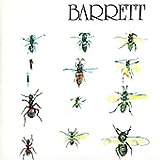 I never felt so close to a guitar as that silver one with mirrors that I used on stage all the time.

The only work I've done the last two years is interviews. I'm very good at it.

I think it's good if a song has more than one meaning. Maybe that kind of song can reach far more people.

I do tend to take lines from other lines I like, and then write around them.

I don't think I'm easy to talk about. I've got a very irregular head. And I'm not anything that you think I am anyway.

It's rather difficult to think of anybody being really interested in me. But you know, man, I am totally together.

I'm full of dust and guitars.

Do you want some money?

Really, we have only just started to scrape the surface of effects and ideas of lights and music combined; we think that the music and the lights are part of the same scene, one enhances and adds to the other. We feel that in the future, groups are going to have to offer much more than just a pop show. They'll have to offer a well-presented theatre show.BR>
All we can do is make records which we like. If the kids don't, then they won't buy it.

That's all I wanted to do as a kid. Play a guitar properly and jump around. But too many people got in the way.
- Rolling Stone - Dec 1971

(Syd Barrett 06.01.46 was one of the founding members of the rock band Pink Floyd)