The first image on the page is for Emphasiz - Black Donald Trump, followed by the original. Also check out the most recent parody covers submitted to the site. 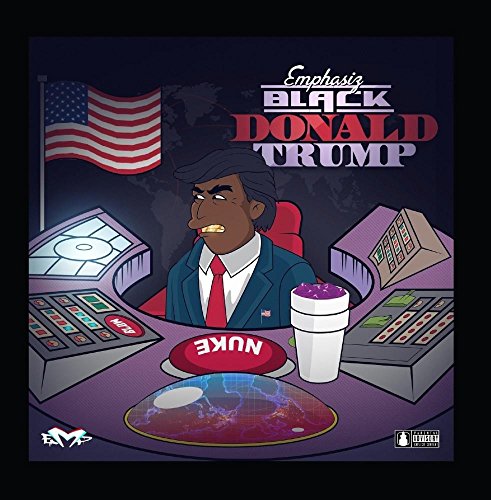 Spank That Donnie Souchebag! - March 14, 2020 - Report this comment
'Donald Trump' is a term for despot, scumbag, and other negative terms - he is the WORST excuse for a human being on this blue planet. There already have been 'Black Donald Trumps' even in recent history. Recall the murderous egomaniacal Emperor Bokassa of the Central African Empire, the violent bloodthirsty Idi Amin Dada of Uganda, Robert Mugabe of Zimbabwe, the dictator Mobutu Seke Soko who led the totalitarian state of Zaire, the fascist Hutu Power dictatorship that started a 1994 genocidal civil war that killed 1 out of 8 Rwandans, the totalitarian leader of Equatorial Guinea who has proclaimed himself to be a god, and the Duvalier dynasty that once ruled Haiti. Donald Trump has his counterparts in evildoing in every race and every corner of the Earth all thruout history.
Chill Pill - April 06, 2020 - Report this comment
Somebody get this raving racist leftard here a Valium.
Spank That Donnie Souchebag! - - April 06, 2020 - Report this comment
Look it up. There are scummy Trumps in every race and color. Just like 'Hitler' is a euphemism for fascism. Hideiki Tojo was the fascist dictator of Japan during WW2. The scum come in all varieties. No 'racism' about that. Spank that Douchebag Traitor Trump, ooh he like it!
Meanwhile back in the real world - April 30, 2020 - Report this comment
Trump-hating racist leftards gotta keep on being Trump-hating racist leftards, I guess.