She seems so pissed, and
Twenty-six times a day,
Postin' in anonymously;
He'd twerk for anyone
Even a lady who'd
Provoke a hemorrhoidal scream!

Twenty-six ones on AmiRight:
A signal Anastasia is online tonight!
She can't deal with things,
Social media-lite,
With faux glands? Gonads?
Bromance? No chance!

Doctor cut around it ev'rywhere,
Topical creams for her ballsy hair,
An egregious thing
But for trannies they're pro-trans!

A therapist lets him own his emotions,
Love his disease, sans girls.
But if I were him I'd go back to college
With the LGBQTI world!

The address of this page is: http://www.amiright.com/parody/misc/thefourpreps4.shtml For help, see the examples of how to link to this page. 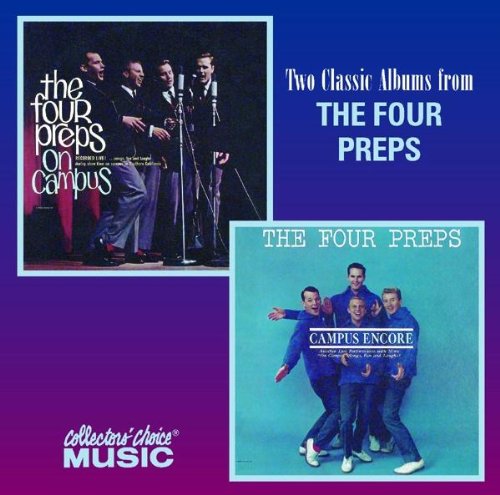 The Four Preps on Campus/Campus Encore