Or: "How not to fix a PC..."
In technical tasks
One frequently asks quite why
That something which was working then
Does not work now, and won't again
This piece of crap,
Why'd it just stop and die?
Though Windows may be mendable
Your PC's not expendable - don't try
To fix the box
Using hardest knocks and butts
Because that's obviously, definitely nuts

It's such a surprise
When the PC dies that we
Don't always notice straight away,
We keep on typing anyway
And we get depraved
When it's not been saved on C
And because we're not so deft with
Computers all we're left with is debris
It seems such a shame
When computers claim to work
They often seem to send people beserk
Aaarrrggghhh hoo hoo hoo hoo hee hee hee hee ......

Know 1 can hear you dream - December 15, 2003 - Report this comment
Quite an update!
Phil Alexander - December 15, 2003 - Report this comment
I think this one must count as being the most difficult song I've parodied - the rhyming scheme is delightfully convoluted, and there's so many words to do... I'm hoping to find a piano score with a view to recording it with my father accompanying, maybe over the Christmas holidays. Well, fingers crossed.
taps - January 24, 2004 - Report this comment
Great rhymes, comedic lines - I applaud at how well you've done, but no way can anyone do better than Coward's puns.
Phil Alexander - January 27, 2004 - Report this comment
Thanks, taps: I agree that the original takes an awful lot of beating. I was listening to "Don't let's be beastly to the Germans" yesterday, and thinking that one would be even harder...

The address of this page is: http://www.amiright.com/parody/misc/noelcoward2.shtml For help, see the examples of how to link to this page. 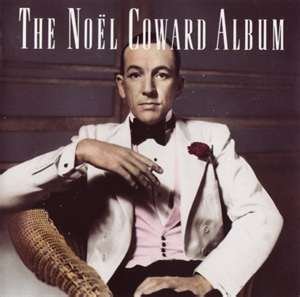