That tall slam-dunker rammin' down the floor
Sez' the Cleveland Cav's won't be home no more,
Cuz' he's movin' on, he'll soon be gone
He was there seven years, now he's needin' new cheers,
LeBron's movin' on..

High speculation, lotta' tension grew
But hello to ol' South Beach, he's comin' to you
LeBron's movin' on, sings a new song
Told the agency, since they set him free.
That he's movin' on..

Couldn't grab that brass ring in those play-off games
But ain't blamin' anybody, ain't namin' names
Just movin' on, yeah, movin' on..
One whoosh, and he'll go..like a clean free throw,
LeBron is movin' on..

Cleveland fans might sneer, take a battlin' stand
Since he's re-locatin' to the southern land
Yeah, he's movin' on, soon rollin' on
He's gonna warm his feet with Miama Heat,
Time for movin' on..

With wife and fam'ly, this is bye bye time
Board a big jet airliner, thru the clouds they'll climb
Fast movin' on, they're movin on
Leave mansion behind, but another he'll find,
LeBron's movin' on..

He'll be with two pals, that before he's played
Fellow All-Stars Chris Bosh, and Dwyane Wade
LeBron's movin' on, old days are gone
Says it's not for the buck, we wish him good luck,
Good luck, LeBron..

Oops, let me rephrase that...

The address of this page is: http://www.amiright.com/parody/misc/hanksnow4.shtml For help, see the examples of how to link to this page. 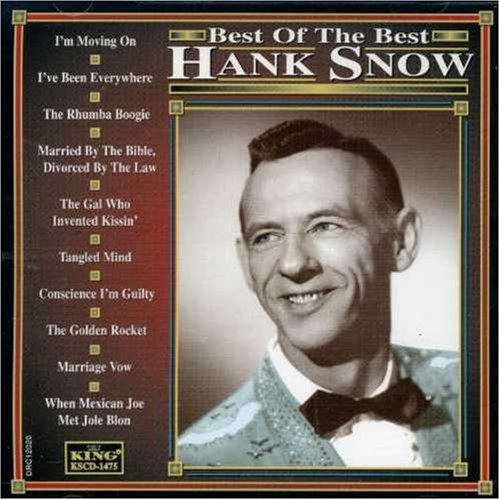 The Best of Hank Snow