The undoubted low point of this year's extremely nasty midterm election (at least until Carl Paladino's meltdown and Gloria Allred's drive-by hit job on Meg Whitman) was provided by (who else) Congressman Alan Grayson of Florida. Grayson's opponent Daniel Webster (not THE Daniel Webster) gave a speech for a Christian gathering in which he quoted a verse with which he doesn't agree (Ephesians 5:22 - Wives, submit to your husbands....). Grayson clipped the opposite meaning words (Submit to me!) and used it to accuse Webster of being extremely anti-women on such issues as divorce, alimony, and abortion. Defending the ad in which Webster is called Taliban Dan, Grayson told reporters "the words aren't important". The tone and tactics of the ad wins this year's medal of dishonor, especially coming from such a person as Grayson (who President Obama calls an "outstanding congressman").

In this election fall (Taliban Dan - so it began)
I thought I'd seen it all! (Taliban Dan - Grayson's great plan)
In Florida's Congress race - they've found the lowest place.
It's a pure disgrace.
Taliban Dan (Anti - wo-man?)
Taliban Dan (He's not Lo-han)

It's not Grayson's first time (Taliban Dan - I'm no Al fan!)
To in-dulge in this slime, (Taliban Dan - Grayson I pan!)
For his campaign tactics are nothing but swill.
His rantings and ravings on Capitol Hill
Give Chris Matthews a thrill!
Taliban Dan (Where is C-SPAN?)
Taliban Dan (Al's like the Klan!)

2Eagle - October 04, 2010 - Report this comment
I love it when you people dig out those pre - Beatles rhythim and blues oldies. Good job.

The address of this page is: http://www.amiright.com/parody/misc/erniekdoe1.shtml For help, see the examples of how to link to this page. 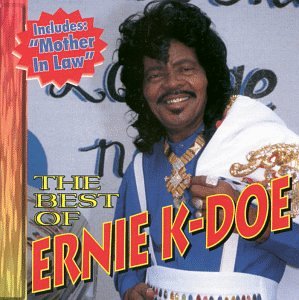