The wording is somewhat awkward syllabication wise. But the # of syllables is usualy correct.
I'll tell you some of my opinions
You'll probably think I'm a witch
But there are some of the world's people
Who I would like to call a

CHORUS
Big-mouthed fool
Though it sounds cruel,
Shutting them up almost should be a rule.

Forget Quidditch 'cause I love baseball
The pitcher threw out the 1st pitch
When the ref called it a strike,
The batter said, "Son of a..."
CHORUS

My best friend and I hang together
Her living room is our own niche
She has a puppy named Rover
And yes, I can call him a
CHORUS

I went to my class about sewing
We learned how to sew and to stitch
When I poked myself with a needle,
The pain really was quite a
CHORUS

My story has come to its ending
And now it's my song I shall ditch
If anyone gives me low ratings,
Then they will be called a, what?...
CHORUS

Sixx - May 09, 2003 - Report this comment
Oh my God! Have we met before? These words were not written by a witch but probably the most beautiful girl in the world. Your parodies have such strength and vigor....Who is that Big-Mouthed Fool that you speak of? Is it someone from your past?(smile) I'm having similar problems..... I've never heard of Benny Bell? I'll probably listen to him if you do...Anyway gotta go....I'll write a parody for you.........bye
... - December 10, 2003 - Report this comment
I can see that two people have given you low ratings, but not me, cuz' this was certainly an excellent parody by far, so I'm gonna give a perfect score. :)

The address of this page is: http://www.amiright.com/parody/misc/bennybell0.shtml For help, see the examples of how to link to this page. 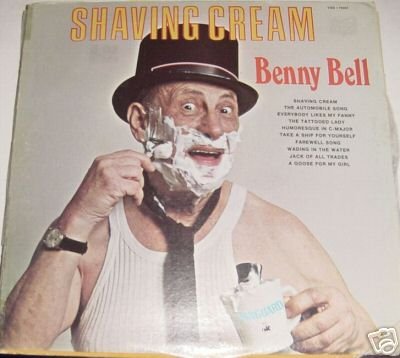