Song Parodies -> "Want Beer But Get Milk Instead"

"Love Rears Up It's Ugly Head"

"Want Beer But Get Milk Instead"

Here's a look into the not-so-distant yet not-so-near future of alcohol.
I always thought that our bartender was good
he even smuggled beer at the gates of my old school
now drinking's different, he's devoted to the health-hype
whenever he pours it in, I almost wanna cry

chorus:
oh, no, please not that again
want beer but get milk instead

and I can drive home late cause I'm void of alcohol
so there's the consequence: I am not drunk at all
my friends are frightened, they don't know what's going on
they can't deal with the smell of me now the rum has gone

oh, not so bad you say?
but we'll never grow quite used to child's Vermont
not when I'm staying sober, no

check this out:
I'm standing in the tavern, or these days the health bar!
I'm in a "beer kills" t-shirt with juiced carrots in my jar
oh, it looks as healthy as it ever gon' get
I pinch myself but my nightmare won't come to an end

Yet Another Dutchman - June 09, 2005 - Report this comment
Okay, dudes, I'm glad to be first to comment, because I've totally wrecked this parody by not working on the line "but we'll never grow quite used to child's Vermont", which makes no sense whatsoever. I aims to please, and I missed.

The address of this page is: http://www.amiright.com/parody/90s/livingcolour0.shtml For help, see the examples of how to link to this page. 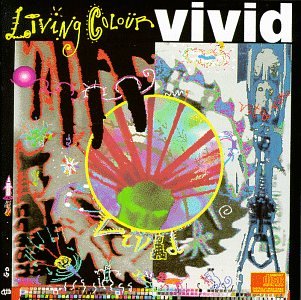