Song Parodies -> "What Ever Happened To Lit"

"My Own Worst Enemy"

"What Ever Happened To Lit"

The one with the bad haircut, who was
Sleeping with the soap star
Had a number one hit, last year
Now he's, gone.....gone

It's no surprise you know, these one hit wonders come and go
Cause every now and then I'll hear them on the radio
Catchy lyrics and deep hooks cause that's what people like
Please tell me
Who were those guyyyyyyyys

The band with emo haircuts, who were
Jamming in a sports car
Went viral on youtube, last year
Now their gone.....gone

(Ah-oooh)
It's no surprise you know, these one hit wonder come and go
(Ah-oooh)
Cause every now and then I'll hear them on the radio
(Ah-oooh)
Can you remember that one band who sang about their junk
(Ah-oooh)
I don't recall the artist's name

Dylan Baranski - December 16, 2020 - Report this comment
You know, it's funny that you should mention this band because this is the only song of theirs that I know.

The address of this page is: http://www.amiright.com/parody/90s/lit5.shtml For help, see the examples of how to link to this page. 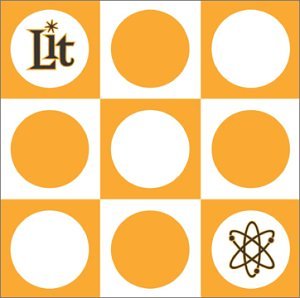