Not just a clown, but a dangerous clown. In this election, there is only one clear choice... Hillary Clinton. Vote smart. Also, RIP Janet Reno.
*Trump rapping*
Pack it up, Mexicans
Let me begin
I came to win
Battle me, that's a sin
Believe me, I’ll stack up
Muslims better pack up
Vote for Mrs. Hag and my whole crew will act up

Rig it, Fix it (Trump on!)
For her, put your hands up
If you love wall-building, Trump’s will reach the ceiling

*Bernie Sanders*
Trump is a circus, who believes this junk?!
Yo, we'll bust him Tuesday night
And then I'll buy my Bros drinks

*Trump*
Flip it, take back
Donald J. Trump
And I got more plans once on top than entirety of GOP
Grab your friends, grab your pops, vote for me, not for Hill

*Bernie Sanders*
This madman must be stopped!

*Hillary*
Word to you moms, he’s dropping F-bombs
I got more tact than the Donald’s got qualms
And just like my President hub, I've returned
Anyone smacking on me, you'll get Berned
'Cause I got ’sper’ence but you ain't got none
Every fix to your problems is a shotgun
You vote for him, you're a fool, it’s a duel to the death
Give all your votes to me, I’ll be your best prez
I got the skill, get ballot filled
'Cause when you vote for Hill, you vote for Bill

*Bernie Sanders*
The Dems will seal your crucifiction
Like Richard Milhous Nixon
Trying to tear us up even worse than Mason-Dixon
But I ain't going out
If Senate switch, and I get to be Head of Budget Commitch
Vote Democrats straight down, make Donald Trump frown
Trump in your head, then you wake up in the Dawn of the Dead
“I'm coming to get ya, I'm coming to get ya!”
Scary rhetoric, homie we'll get ya

*Hillary*
Yo, this is dedicated
To Janet Reno… Get voting!

The address of this page is: http://www.amiright.com/parody/90s/houseofpain5.shtml For help, see the examples of how to link to this page. Same As It Ever Was 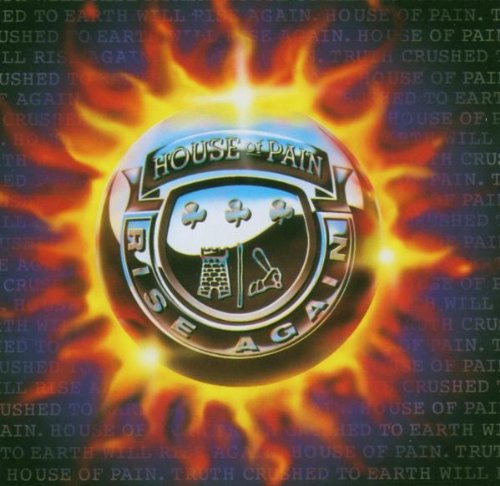