What was that song on the radio that the winner of American Idol 2 was trying to apologize to girl about wrongdoings, what was it, uh...?
21 years and my life is still
Watching American Idol
When a song on the radio came when the show went off
Whoever song he sang, about apologizing,
I just called up the station and then I wondered why
Who was this man trying to sing some forgetful song?

And then he did know what its like to do forgetful things that you might not forget, as if you cramped your brain,
I wish it was on an album either titled Thankful or Soulful
And then I heard the song again, then I turned it up high,
and then I took a deep breath and I knew why that
this man had a sorry for 2004

Ruben Studdard, we all know, is the big velvet bear
Got ousted by Clay Aiken, but his heart will remain there
He came from Alabama to aplogize many times
He won on AI season 2, wearing 205 jerseys
and had an album with 2 singles that skyrocket'd
and now I know that it was the single I was waiting for

So, I was sleeping in the TV lounge after class,
I thought that no one was there, and when 10am passed
I turned to BET for 106th & Park
And when his song was #3, I turn the TV up high
and then I took a deep breath, and now I knew why
That Ruben had a hit called Sorry 2004

The address of this page is: http://www.amiright.com/parody/90s/4nonblondes1.shtml For help, see the examples of how to link to this page. 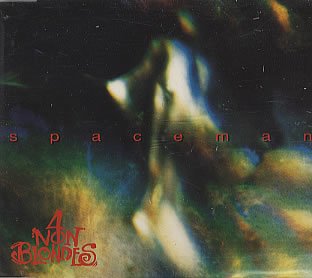