Song Parodies -> "Jelly On It"

Some Old School shanizzle for y'all, WORD. Credit where credit is due to this parody.--this was co-written by my brother who shall remain anonymous, and a friend named Ryan whose whereabouts remain unknown. If Ryan is alive and reading this, you can receive credit for this tune if you contact me.
Hi there folks, doncha dare scream
We are the Jelly On It Production Team
We open up the jar and spread it all around
And when we're fnished we pass it around
Come on dude, don't be a fairy
We're gonna rap with raspberry
The smell of it fills the air
When we dunk in our knife to take our share
'Cause we are the Jelly On It Team
And we'll spread on the grape until you're green
We'll funk it up 'til you throw up now
So come on people, please check it out

Allow me to introduce myself my name is Agrimorfee
And I'm a surefire jelly spreader, little f****in' rapper-zapper little bugger as you can see
If you want the best, put me to the test
And pretty soon you'll agree
That I rock the mothers, like no others
Especially with blueberry
'Cause when I was a little baby boy
My mama made me something that brought me joy
Two jelly sandwiches and they were mine
And I ate them down like a termite
And so I thought with this creation
I really can rule the nation
And as funny as it may seem, I formed the Jelly On It Production Team!

Go crazy, go crazy, don't let your mouth get lazy!
I say, don't stop the eating now 'til your stomach starts to queasy
Clean out the kitchen cabinet, 'cause that's the reason we were sent
You probably know how to do this feat, so now the chorus we will repeat!
(Chorus)

Eat it all the time now, and don'tcha dare frown

Leah Lockhart - December 15, 2003 - Report this comment
LOL! I can't believe someone actually did this song! This is one of my favorite Old-school-raps. Very funny!

The address of this page is: http://www.amiright.com/parody/80s/newcleus0.shtml For help, see the examples of how to link to this page. 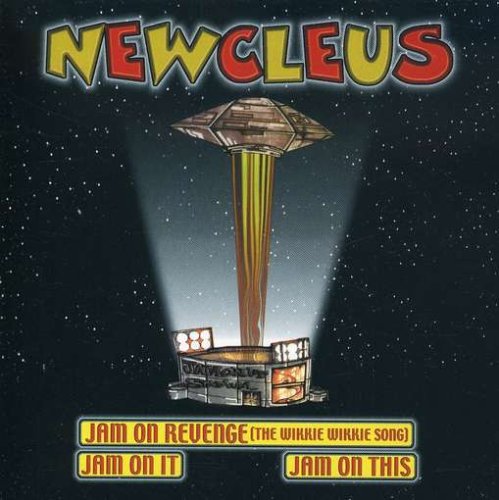 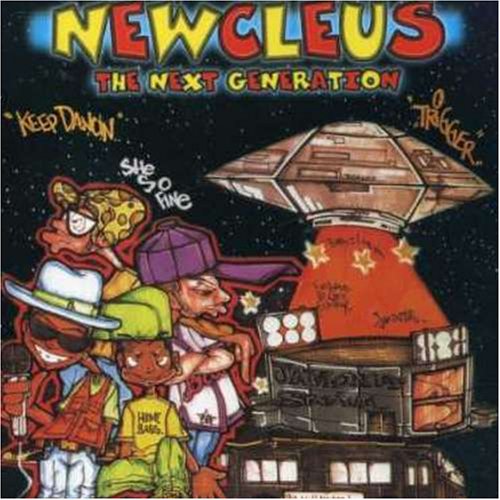