This sounds like the ultimate wedding song. A soaring melody with a lot of trumpets, sort of militant, for lack of a better word (at least in my limited musical vocabulary). But the video on youtube paints a rather different picture of a less successful romantic outcome. Of course, I decided to apply the concept to a political "marriage" that seems to be on the verge of divorce, if only Congress had the cojones.
O, O changes everything
Constitution, wave good-bye
O arranges everything
Naked X-rays, when you fly

Yes, O, so strange in every way
Brings us sorrow, brings us shame
Democratic voters love him
All the same

Off into the world he goes
Launching drone strikes, spreading fear
Jackboots burst in suddenly
All our freedoms disappear

O made fools of everyone
As election laws were broken

Could it be that O's completely
Gone insane?

I'm not saying that Obama or the Democrats had anything to do with making that happen. What I am saying is that if you'd had enough optimism on the day Obama took office to go all-in on the stock market, maybe you wouldn't have been so inclined to write this.
Other Numbers Guy - July 10, 2014 - Report this comment
If you'd gone "all-in" on the stock market on 1/20/09, you'd have lost your shirt. The more the Democrats talked, the further the stock market plunged for several months. In the meantime, there was massive unemployment. Even assuming you didn't panic, you might have had to sell your stocks just to stay afloat while looking for a job.

Now thanks to massive inflation, lots of manipulation of both the economy and the statistics used to measure it, and a whole lot of BSing from our far-left Journolistas, we've got a high stock market with hardly anybody actually in it, a labor force participation rate that hasn't recovered at all from the crash of 2008, 1 out of every 5 households completely unemployed, and 90 million+ people on government assistance of one kind or another. The official inflation figures the brazen liars of our welfare state keep throwing at us allow them to pretend inflation is ridiculously low, thanks to their not taking into account the skyrocketing prices of food, fuel, and practically every other basic necessity you buy and use on a daily basis.

Of course, the way this stock market defies the economic rules of gravity is nothing. You should have seen how the stock market in Weimar Germany behaved during their massive inflation. When irrational stock markets and all the official figures are this far out of touch with the bleak reality you see all around you, that's when it's a good idea to get under cover and stay there. Let the fool optimists who believe in their governments' statistics stay out there and be slaughtered the day the EBT cards stop working, the power goes out, and the hungry hordes start getting out their torches and pitchforks.

(Note I use the plural term "governments" deliberately. The USA isn't the only country suffering under an economically illiterate regime right now, nor is the federal government the only one so thoroughly illiterate. Camden, Detroit, Seattle, New York, Chicago, and many, many other American cities are all in deep, deep trouble. So are the vast majority of governments in Europe, Asia, South America, and Africa; this is a well-nigh global depression you're seeing.)
Not to mention... - July 10, 2014 - Report this comment
The labor force is too small to continue to sustain Entitlements that Seniors worked all their lives for. And the unemployment numbers lie b/c they do not take into account everyone that fell off the rolls from 2008 forward and never found a job. True, there is small growth, but under 2% avg. Houses are being built but no one is buying them. Most businesses operate with a skeleton crew with little to no hiring. Grads with degrees can't get a McDonald's job. Adults live back at home with their parents with gas and milk at $4 gallon! Only the 1% take the indicators seriously, the rest of us don't care cause it doen't apply to us- the workers, the families that Obama lied to for 6 years. That man is an evil tyrant that trashes our Constitution and ignores the checks & balances between the branches of Govt. He calls Republicans obstructionist simply b/c they cannot endorse his fiscal disaster policies of Big Govt overspending. What happens when the money runs out? Obama has us at over $17 trillion in debt and climbing $200,000/hr! America's leading economist that predicted the 2008 crash and fallout now predicts a worse crash in 2015 following a three 7-year crisis pattern: 2001 terror attacks, 2008 crash, and a new 2015 crash. He says that sequestration and capital controls will fail and the markets will crash worldwide. The Dollar will lose reserve currency status to be replaced by either the Euro or Chinese money! There's going to be a revolt in America and we will crash- totally. So the little people that make this nation what it is do not pay attention to the numbers game. Reality is making ends meet on a daily basis and that's damn hard now.
Patrick - July 11, 2014 - Report this comment
While jobs vanished and prices of basics soared, Americans began a buying spree of assault rifles and handguns. The public has purchased and stockpiled millions of cartridges, while the government matches us round for round. The armed forces are being gutted, while the fascist Dept of Homeland Security is reinforced and given tasks far beyond its original assignment of preventing foreign directed terror attacks. A scary future awaits.
Barry J. Mitchel - July 22, 2014 - Report this comment
Patrick me boy, ye must be a racist! Or you're infuriated that the Obama administration seems to have revived the "No Irish need apply" signs of a century ago. Actually, I agree with your entire well-crafted lyrics except the last few lines (insane?). As I knew even before Charles Krauthammer opined it, everything that Obama is doing (or avoiding) is part of his deliberate plan to neuter the USA as a world power and expand the domestic dependent class by all means including importing voters through our porous southern border.
Anon - July 22, 2014 - Report this comment
"Jackboots burst in suddenly
"All our freedoms disappear"

It isn't Obama who's "insane." You had the freedom to write this nonsense.

The address of this page is: http://www.amiright.com/parody/80s/michaelball0.shtml For help, see the examples of how to link to this page. 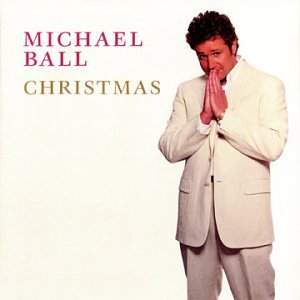 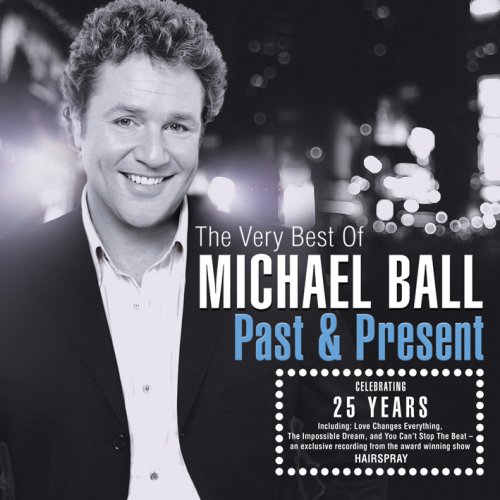 The Very Best of Michael Ball: Past & Present