Uncle Joe is missing - will you help us find him?

A YouTube version of the original song can currently be found here.
Not by the river, nor at the mine
It's been a week since his leaving and we haven't a sign
Don't know if he's sober, why he's running late
Don't know if he's lucid, off to hibernate
We think he's in trouble, might have fallen flat
'Cos he's always so dizzy, well what's up with dat?

Lost in the country or lost on a trail
Our Joe's not on Twitter, don't answer his mail
And while we've been lowballing more high altitudes
Maybe he's toked, running 'round in the nude
We're sure he's in trouble, 'cos he's a bit slow
His brain's like a glacier, with nowhere to go

He's a bit senile, we would suggest
That if you find him you'll help him get dressed
And while we don't mean this to sound like a roast
He's really way past where he had good ripostes
So please will you help us, to track ol' Joe down
We're all out to aid him, until he's found

Matthias - July 31, 2020 - Report this comment
This original band must have been a real "Flash and the Pan" because I've never heard of them. Funny parody though this was really fun! Great to get away from the Covid-19 depression...
Peter Andersson - July 31, 2020 - Report this comment
Flash and The Pan was more than a flash in the pan, they had constant hits over here in Europe for over a decade (and on a personal note their second album "Lights in the night" was one of the first albums I ever bought). A frontline audio tech studio project from Australia that included George Young, brother of Angus and Malcolm of AC/DC fame, their FOUR first albums are great, not a single filler song on them. I still bring them out for a listen now and then.

The address of this page is: http://www.amiright.com/parody/80s/flashthepan0.shtml For help, see the examples of how to link to this page. 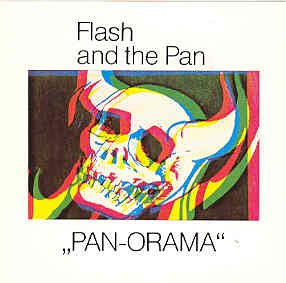 Ayla: The Best of Flash Flash and the Pan/Lights in the Night Flash and the Pan