I'm appalled, by a carney named Barney
I'm appalled, with his unusual friends
They're all people who act mental
They have little what is dental
Bernie knows how to fix rides
and so I always ride what Barney does maintain.

I am cursed, with a carney named Barney
I'm appalled, with his personal hygiene
He lives out of cardboard boxes
and wears pairs of holey soxes
It's amazing all the different jokes
your average guy might have a carney for.

[Chorus:]
Barney's so embarrasing
Barney's always such a jerk
Barney's violent when he's drunk
Barney gets beat up... a lot.

Out of wheels, with my carny named Barney
Stole my car, he screwed up my transmission
He will probably be in jail
Gives me a phone call for his bail
he needs to call my home collect
or deal directly with my Attorney Bernie

When I dine, with my carny named Barney
He drinks wine, from the local liquor store
It is Mad Dog 20/20
And the sugar in its plenty
Barney puts the bottle in a sack
then takes a swig and always throws it back

[Chorus:]
Barney's so embarrasing
Barney's always such a jerk
Barney's violent when he's drunk
Barney gets beat up... a lot.

I abhor, my carney named Barney
I abhor, any guy who dips his snuff
Sure he blew out his eye sockets
'cause he lit some bottle rockets
But you win a few, you lose a few
and like Barney says you're always hanging on

Thanks to you, my carney named Barney
Thanks to you, I'm considered pure white trash
Yes I hang out with a cracker
But at least he's not a slacker
But like Bernie my attorney
told me yesterday, I owe it all to you.

The address of this page is: http://www.amiright.com/parody/80s/davefrishberg0.shtml For help, see the examples of how to link to this page. 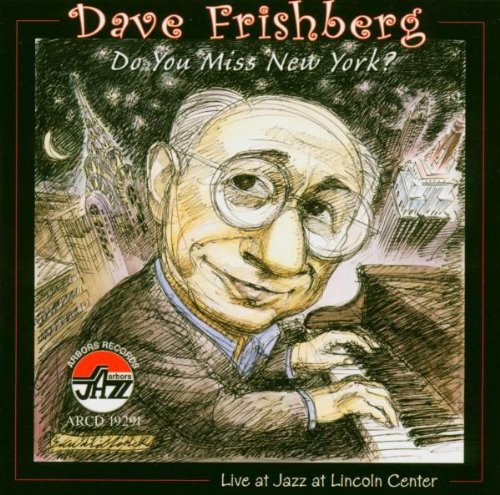 Do You Miss New York: Live at Jazz Lincoln Center Lookin' Good: Getting Some Fun Out of Life/Let's Eat Home