If you think Clinton vs Trump was bad, well, it could be worse.......
It was a presidential nightmare, the worst I’d ever had,
With every former president, it really was that bad.
There were the late great, the near great, and some that brought us shame,
A presidential nightmare that drove me insane!

There was Franklin Fillmore, Millard Pierce, I knew that couldn’t be.
Gerald Carter and Jimmy Ford, they wrecked the economy.
Calvin Hoover ‘n Herbert Coolidge, well, that was quite a push,
And George Obama had to fight the wars of Barack Bush.

There were John Jackson, Andrew Adams, they didn’t like the Whigs.
James Washington, George Monroe, well, they were really big.
Zachary Arthur, Chester Taylor, unknown to common folk,
And have you heard of James van Buren or of Martin Polk?

Boy, when that smartphone went off, I jumped out of bed, I was running around the room, looking for a brick to throw at the TV, looking up migration to New Zealand on the Internet….

The address of this page is: http://www.amiright.com/parody/80s/boxcarwillie0.shtml For help, see the examples of how to link to this page. 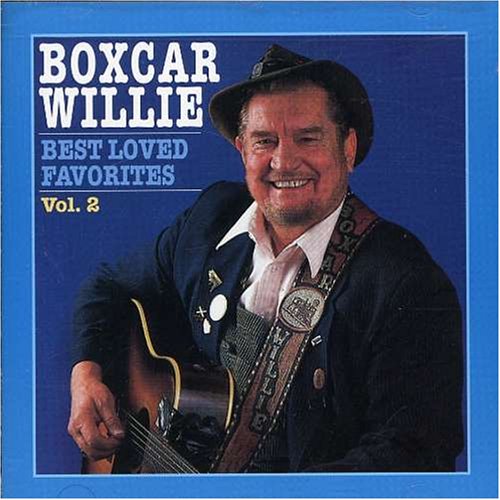 Boxcar Willie / King of the Hoboes King of the Railroad-21 Country Tracks

The Best of Boxcar Willie