"Get high from a toliet seat"
You've dug through the dregs with bad sources to blame
"Stabbed with sex toys when you cheat?!"
"Watch out for this minnow that feeds on your brain"

Quit pestering! You're so immature!
"Queen's fight with a midget makes her move to Spain!"
Buzzfeed makes me flip the bird
"Teen mouths are all foaming when Tide Pods are slain!"
That sounds insane!

"Neighbor's fence caused a huge blaze"
Facebook's demented, You'll share it by e-mail
I've heard "Some nun made a Death Maze
You must be blessed or you will be impaled!"

Peter Andersson - January 26, 2018 - Report this comment
Some previous OWN references there at the end, as promised, he-he! Also, we put the words "flip the bird" in exactly the same place, but with totally different context, so that was fun.

I hope Agri and C4P (and possibly others) catches up to us on Monday on this one, but I'm not counting on it. On general I'd say this original song and some of the later ones have been too long, when possible we need to go with shorter ones if the concept is ever to reach beyound 2-3-4 people.
Milo Bloom in Pravda - January 27, 2018 - Report this comment
Gorbachev Sings Tractors: Turnip! Buttocks!

The address of this page is: http://www.amiright.com/parody/70s/secretservice0.shtml For help, see the examples of how to link to this page. 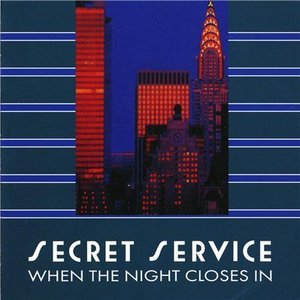 When The Night Closes In 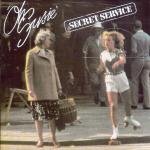