This song was a hit in Australia in the 70s, and a minor hit in the UK, but I don't think it hit the shores of the US or anywhere else. The OS is here.
I'm going to ask your lucky number
then I'll channel it and then I'll write it down...

and if I get it right it's
coz our numbers coincide, which would be...
so profound

Then what an alchemistic situation...
the two of us, hav'n this
cosmic conversation

Maybe Jupiter's aligned with Mars
sending vibes to all those billion other stars
I can feel their pull on me
they're pulling ectoplasmic'ly
cosmic conversations...don't come out of my arse
You
know my rising sign is Capricorn
and Virgo was ascending just as I was born
Uranus is suggesting you're an easy lay
these cosmic conversations
lead the way

According TO the stars
and crystals, and the tarot cards
and
both our palms

(oh)
in past lives we were millers, living
just outside a village near Dar
Es Salaam

so what an astromantic situation...
to meet up once again and have this cosmic conversation

Maybe Saturn's in the seventh house
Maybe that's why you and I get on so grouse
and that's why we connect you see
it's nebular - it's s'posed to be
cosmic conversations...confirm this love of ours
I'll
bet your rising sign is Scorpio
It's just a "met-a-gal"-actical hunch you know
but either way it makes you very beddable
these cosmic conversations
are incredi-"bull"

thanks alvin - hey thanks ellipsis!! - haven't seen you around in yonks - thanks for the visit :-)

crikey Rick, now I know you come from Piglatinia I'm even more impressed with your English language parodies - thanks

thanks AFW and Matthias

Jack!! What?? You didn't like that? hmm, maybe it's more the memories it conjures up than the song itself that I like - thanks for the 5s mate ;-) (and nice stop sign gag!)
Red Ant - May 03, 2006 - Report this comment
That should have been "tickled", not "ticked". Sorry for the confusion. Dam typo's. ; )
JOHN bromley - September 08, 2008 - Report this comment
Knock out ! I am the writer of the original song, but prefer your lyrics ! Warm Regards, John Bromley (brom47@hotmail.com)
Stuart McArthur - September 09, 2008 - Report this comment
whoa, I am humbled that you would comment on my parody/tribute to your song John, which as I've said above, I have always loved

I recall a TV show in the 1970s in Australia though ("Happening 70" - when John Farnham's version was in the charts) where they read out a letter from a bloke (directed to Farnham) who claims the words to Comic Conversation saved his marriage, so although I'm flattered by your praise, I think that's a sign that most people would prefer your original lyrics to mine!
LilScorpia - September 09, 2008 - Report this comment
Great write, General McArthur, The Allied Commander of the Planets !

The address of this page is: http://www.amiright.com/parody/70s/johnfarnham0.shtml For help, see the examples of how to link to this page. 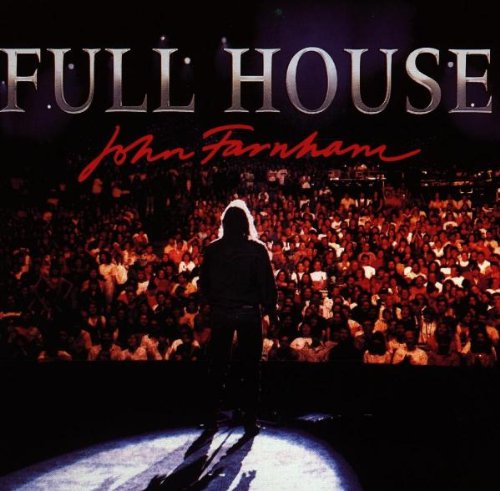 One Voice: the Greatest Hits