"You Never Even Called Me By My Name"

"The Perfect Country and Western Spoof"

“The Perfect Country and Western Spoof” ©2011 by Michael W. McVey
Parody of “You Never Even Called Me By My Name” ©1975 by David Allan Coe

Well it was all that I could do to keep from lyin'
'bout why your pretty daughter came home late,
But you don't have to call me asshole, asshole.
Just because I took her for a date!

CHORUS: And I'd hang around awhile, but you won't let me.
You're brandishing a knife, oh, what a shame.
You don't have to call me asshole, asshole.
From now on, best call me by my name.

I've heard my name a few times in your cussin'
And I saw it once in the paper's crime reports.
But you're gonna learn one day to say, "Mister Mike McVey",
Because I soon will be your son-in-law!

Well I was drunk when David Allen got outta prison
Mom and I went to fetch him in the rain
But before we could get to the station in her pickup...truck,
The cops caught David tryin' to board a train!
(Spoken) I said he got out, I didn't say they let him out!

Patrick - August 15, 2011 - Report this comment
A twisted twist on this favorite country song. Not a dirty old man, bathes twice a day. Like the bust him out of jail trick at the end. That was good.
Maurice Gleiser - May 15, 2012 - Report this comment
WOW teacher! A Total MASTERMIND, Can we sing one of these awesome songs with bad words in class!?

The address of this page is: http://www.amiright.com/parody/70s/davidallancoe2.shtml For help, see the examples of how to link to this page. For the Record: The First 10 Years 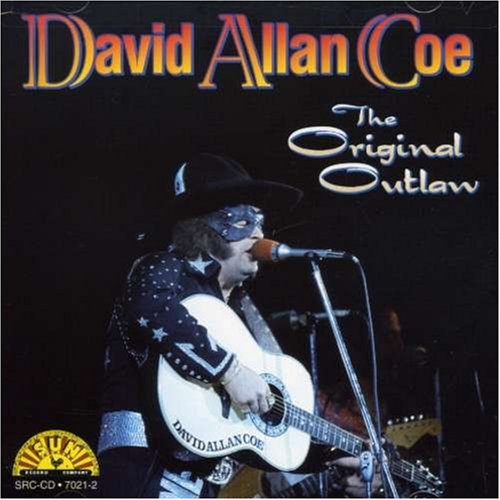