I washed and waxed my car, it's squeaky clean
The windows all but disappear, like nothin' can be seen
A Poobird does the thing that he does best
He answers Mother Nature's call, but not there in his nest

He'll scout around for something shiny new
When he spots a real clean car, that's when
His poo will spot it, too
Thereafter feels such emptiness within
He'll need to feed on bugs and fruit,
And poo and poo, again

Spread your lousy wings and fly away!
I'd like to push that poo back where
It came from on this day
The car I love, you've splattered with doo doo
And if I could, I surely would
Crap on your stuff, too!

There's always lots of Poobirds in the air
If you're hatless with a shiny dome,
They may sham-Poo you there..
Oh, little Poobird, please, I beg you, poo me not
I know you only have one aim in life
And you're a real good shot..

Spread your lousy wings and fly away!
Before I push that poo back
Where it comes from on this day
The car I love, you've splattered with doo doo
And if I could, I surely would
Crap on your stuff, too!

"They may sham-Poo you there"

We have grackles here. I call them South Texas crows. Crows are rarely seen here as is the robin. Grackles are nothing more than rats with wings. The robin is only seen occasionally since it does not inhabit this area. It is only seen during its migration either north in the spring or south in the fall. We do have road runners however. I had one for about two weeks stay perched on my car in the driveway once.

Excellent and masterful as always, Farce.
WarrenB - July 08, 2010 - Report this comment
The 'sham-POO' line got me too. And, I guess, if we humans would poo in places other than our homes, home would be an easy place to come back to...thus the famous phrase from Thomas Wolfe "You can't go home again because there's poo there." Just paraphrasing.
Well done!
AFW - July 08, 2010 - Report this comment
Thanks, Guy....not familiar with Grackles...don't think we have 'em in Ohio...don't recall them from Nebr. either...but then I'm no bird watcher...interesting comments, Guy..........................Thanks, Warren...Funny switch on that TW line...maybe that would be a parody idea for ya'....We need more good writers, like yourself on AIR...lately, our alumni is growing small.

The address of this page is: http://www.amiright.com/parody/70s/annemurray5.shtml For help, see the examples of how to link to this page. 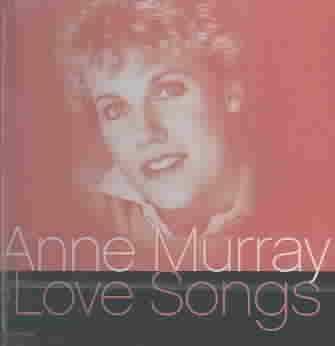