Song Parodies -> "The Ballad of the Golden Plate"

"The Ballad of the Green Berets"

"The Ballad of the Golden Plate"

Original ©1966 by Ssgt. Barry Sadler
Gourmet chefs across the land
Work magic with their pots and pans,
Chefs who work by night and day
Just to perfect their main entrées.

Trained to cook on Cajun land,
Their main entrées are something grand.
They make good grits and cheese soufflé.
Their wings deserve the Golden Plate.

At a hospice a young belle prays.
Her dad has cooked his last entrée.
Her brother works for the Bayou’s best,
So papa makes his last request:

“Baste chicken wings for my son’s guests.
His Cajun wings are America’s best.
One day they’ll taste his main entrée,
And he will win the Golden Plate.”

The address of this page is: http://www.amiright.com/parody/60s/ssgtbarrysadler7.shtml For help, see the examples of how to link to this page. 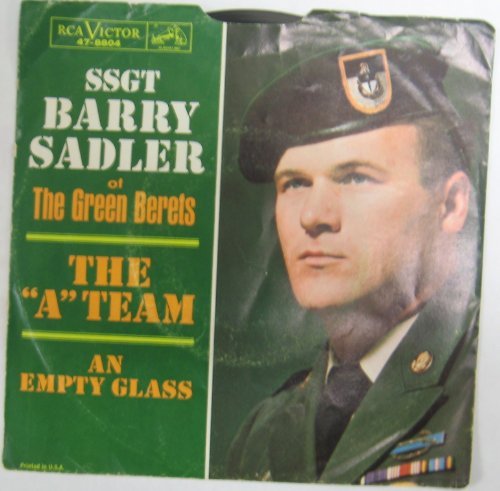