Cornelis Vreeswijk (1937-1987) was a Dutch-Swedish troubadour, parodist, songwriter and incurable humorist. He was (and is still) immensely popular both in Sweden and Finland, and "Brev från kolonien" is one of his most loved songs. This one goes to Witch-King of Angmar from the Eowyn's point of view.
Hello Angmar, hello Witch King
you are servant of the One Ring
No man, they say, can undo you
So behold, I am a woman, now you'll have clue

You're an age-old menace of Men
you're a bane of Elves and Dwarves, then
I will stick this sword in your face -
No matter how much you will swing that black mace!

You're the chieftain of the vile East
you came flying with that fell beast
I protected Theoden my king
and lopp-ed off the beast's head on one swing!

So prepare to be undone
You will soon be dead and gone
It won't matter if you aim high -
'Cause Merry has just struck his sword in your thigh!

Callmelennie - April 11, 2014 - Report this comment
This appears to be the same melody as an American novelty song of the Sixties -- Hello Muddah .. hello Faddah; Here I am at .. Camp Granada. In other words the melody is -- da da daa da ... da da daa da ... da da daa da ... da da DAA DA. Am I right?
Susanna Viljanen - April 11, 2014 - Report this comment
I listened them both, and yes, it is. In Finland, the Cornelis Vreeswijk (pronounced "fresh-vike") lyrics are more familiar, and there is also a Finnish translation. The Finnish lyrics are included in the Finnish Scouts' Songbook - I have 1980 edition.
Patrick - April 11, 2014 - Report this comment
Thanks to Lennie for supplying the melody, with which I am familiar. All I know about the Lord of the Rings tales I learned from AIR.

The address of this page is: http://www.amiright.com/parody/60s/cornelisvreeswijk2.shtml For help, see the examples of how to link to this page. 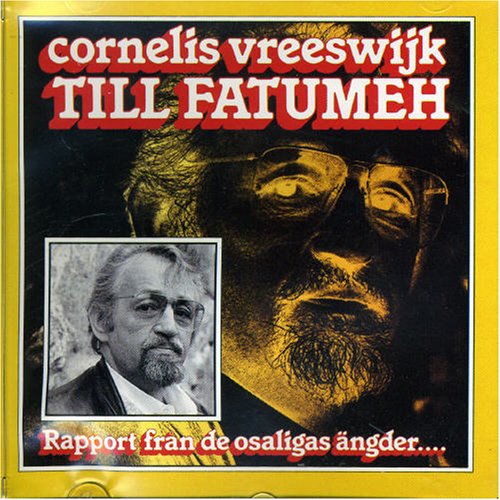