My 400th parody here. I actually used the "short" version of the original song to write this.
Chorus:


Don't know why I hop, I can use both legs
Maybe I'm just cracked like the shells of scrambled eggs
I touch my nose and hop at parties that have kegs
But not with beer in hand because that would make a mess
I do not want to waffle, I hop and never skip
If told to stay grounded I think I would flip
And be hopping mad - a fire lit below
Which would not pan out well for me or anyone I know
And if the ground was bakin', and both my feet were bare
I would hop so that I would not have to bear
Burns on both of my feet since one would be in the air
The ground is not hot, I have shoes so people stare
There is no time to wait, I have got lots on my plate
My hunger for success is quite hard to sate
Since I would like to successfully skate
Last time I hopped and fell and they had to operate

Don't know why I hop, I feel my thigh ache
Running out of gas I feel as flat as a pancake
Hop, hop, hop, how much can I take?
Femur's my T-bone, its health is at stake
I should've loafed like bread, I'm about to break
I'm nothing like OJ I'm not well when I shake
Toes are getting corns, skin starting to flake
Hurts each time I land I would feel better in a lake
My hopping's led to casts since that is how I roll
My ankle lots of times it's not easy to control
My hopping eats each cross training sneaker's sole
Can't find a shoe for hopping and when I ask I see eyes roll
I'm like a hopaholic, that's exactly what I am
I get no sympathy I am just called a whining ham
Except in dreamland after I count old lambs
Got to preserve my legs it seems that I'm in quite a jam

Don't know why I hop, really it's absurd
Bothfeetaphobic, that's what I am, made up a word
If hopping was a crime, I would be interred
I'd like to hop in space since that seems easier
I hop in the car and get thrown out the door
They say they do it so I don't crash into the dashboard
Some call me Batman like bat bleep insane
Some call me Cassidy, now I get the Ting Tings' pain

Ethan - November 10, 2008 - Report this comment
The last line should say "feel", not "get"
Glen S - November 10, 2008 - Report this comment
It's nice to get love from the site, huh? Congrats on 400. I'll be trying to make 100 over the next month or so, ten away. I'll be the 2,321 person to do that. Anyway, enjoyed the parody, favorite line: 'Femur's my T-bone, its health is at stake (steak)'
Ethan - November 10, 2008 - Report this comment
When I first read your comment I thought it said nice to get no love from the site. Thanks for the congrats and good luck on making it to 100 soon - whenever you do I think it'll be the highest quality 100 since Spaff hit the century mark. I liked my femur line too and I'm more proud of this parody as a whole than possibly anything else I've got on this site, but as has been proven time and time again the ones I put tons of thought into don't get anywhere close to the amount of positive feedback as some that took less than an hour to write.
Glen S - November 24, 2008 - Report this comment
Thanks for the major compliment, good luck in idol, and I know exactly what you mean about time invested in a parody, and it's apparently inverse relationship with the attention it gets on the site.
Below Average Dave - November 26, 2008 - Report this comment
(Idol) As with Glen's parody--I'd never heard of this song, but also as with Glen's backing tracks for this song are not an issue--so that said, you took on a real difficult TOS, and the idea is so out there (which in case you didn't notice, that's my style). This is one of those rare cases where not varying the choruses actually helps what you did with the song. Wow, if this song wins, it's going to be a tough recording to pull off--but that said, this was very unique, very different, and paced to a T, you may have to be leanent with me if this one gets recorded, because it's likely the toughest song I've taken on to date (even tougher than Semi-Charmed Life, Feel Good Inc or It's the End of the World As We Know It) from a performance angle, but it's a great parody of a not so simple song.
Ethan Mawyer - November 26, 2008 - Report this comment
Thanks, Dave. You meant Gianni, not Glen, right? As for possible performance, I figured with this round (and last) if it got recorded red Ant would do it because he's got the rap recording experience. Anyway, the vocals are much easier when it is not performed while hopping the whole time.
Red Ant - November 30, 2008 - Report this comment
Lots of very good and funny wordplay/puns, especially in the second verse. Loved "Got to preserve my legs it seems that I'm in quite a jam" (groan!), "If told to stay grounded I think I would flip" and the "waffle, I hop" gets the best.
Agrimorfee - December 01, 2008 - Report this comment
(AI) This one was delightfully strange...verse 1 came out kind of like Dr. Seuss' "Hop On Pop", verse 2 got surreal. I don't know who Cassidy & the Ting Tings are. Couldn't follow real well with the 3:41 video on Youtube, but I trust your pacing. Thanks for introducing me to the tune.

The address of this page is: http://www.amiright.com/parody/2000s/mims3.shtml For help, see the examples of how to link to this page. 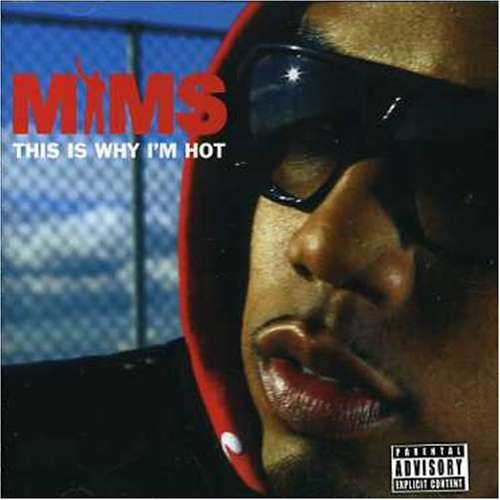