This one is for Peter Anderson's One Week Notice challenge (Week 32) this time hosted once again by me... Matthias! People are lead to believe that Superman is a hero of truth, justice and the American Way BUT in reality he's more wicked than many of the villians that he takes on... These are all true examples pulled right from: http://www.superdickery.com/tag/superman-is-a-dick/ (Follow the link for more examples of Superman's superdickery!)
Jaws are floored... Kent's not nice
Wrecks towns in his spare time
Watch him beat up Gen. Zod but he's no gem

Well...
He has no heart of gold
"Truth and Justice" are what's sold
Enslaves your planet while on his throne
More tombstones... Come from Superman
F*ckwit Superman

Chucks babies miles high
And he's faced with homicide?!
He's not perfect after all

He'll free a bear that's mean
Then he'll slug Green Lantern's spleen
He's brave and bold or an ass who's a screwball?

Well...
Isolated in the cold
Don't let him leave or you're steam-rolled
Crash landed comet brought forth this schmoe
Read all the comics and then you'll know
He blows... Since he's no... super man
Meathead Superman
Scumbag Superman

Agrimorfee - April 13, 2018 - Report this comment
This was hilarious, and the fact this is all (apparently) canon based on your link makes it all the more fun.
Peter Andersson - April 13, 2018 - Report this comment
I had no idea! The Illuminati, Deep State and X-Files cover-up of all those super-crimes over all those year - Mindboggling! (And to think I missed all of it because I was busy thinking up parodies about shagging ewe - SAD!)

The address of this page is: http://www.amiright.com/parody/2000s/lazlobane2.shtml For help, see the examples of how to link to this page. 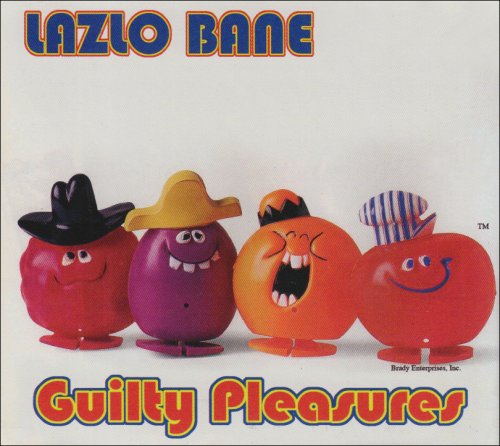