Song Parodies -> "No More Than a Whore (Anti-Kesha Song)"

"No More Than a Whore (Anti-Kesha Song)"

After having writer's block for a while, I had an epiphany. Is it just me, or is Kesha one of the worst things to happen to music? She sings worse than a broken stereo, looks completely trashy, and sings about nothing but drinking, partying and men.
Drunk and hideous
Not likely to outlive half of us
'Cause she can't sing to save her own life
It gives my ears a whole lot of strife!
And yes, of course she does
She can't see there's life outside the clubs
And no, you don't wanna play her stuff
You'll shut it off in seconds
If I hear "Tik Tok" again
I will move to Medellin
Just to recover my brain
So, just no-o-o, just NO!

Someone shut her up
It's about damn time she gave it up
But too much airplay is serious
It's making my brain delirious!
I may be talking trash
But her next CD I would like to smash
Then strike a fresh match, set it aflame
Watch it melt down, then put it out (SPLASH!)

If I hear "Tik Tok" again
I will move to Medellin
Just to recover my brain
So just no-o-o, just NO!

(In the part of the song that repeats "DJ turn it up", replace that phrase with "Someone shut her up")

Michael Pacholek - April 08, 2011 - Report this comment
So she "sang" her way out of poverty? So did lots of other performers, who then did NOT choose to dress trashy as a result. I'll say this for disco performers: As bad as their music was, they tried to dress up. Somebody once wrote that 14 years is what I'm going to call "the nostalgia threshold," the point at which it's okay to once again say you liked a performer. God help us in 2024 when Ke$ha launches her big comeback.
Rob Arndt - April 09, 2011 - Report this comment
I LOVE your parody- spot on, girl!!! 555s

The address of this page is: http://www.amiright.com/parody/2000s/kesha3.shtml For help, see the examples of how to link to this page. 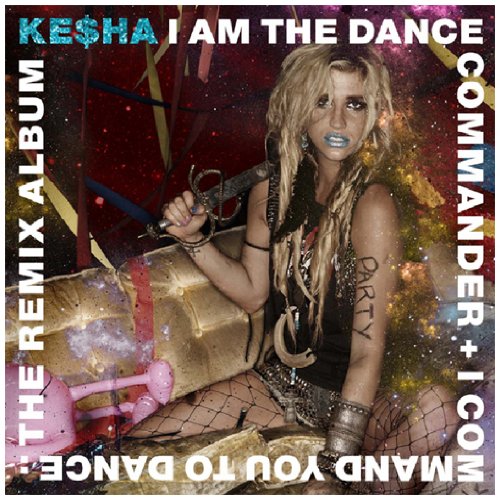 I Am The Dance Commander + I Command You To Dance:The Remix Album