Want to have a SyFy Original movie? All you have to do is take two deadly animals, combine them, and blow them up to an incredibly large size. Here is one such example. Original Song
I’m just channel flippin’, I stop on this...
This SyFy crap, but I can not change it back
It’s alarming! (Alarming)
‘Cause what I see on my screen, these combination beasts
How they’re made, I just don’t know
Made a whole new species!
I mean, it’s wild! I'm stunned, it’s celebrated!
‘Cause this film’s ‘bout a reptile and fish that were mating
Because they made a Piranhagator!
He needs a foe
I thought “It can’t get worse than this”
But I was wrong though...

Then I see the Great White Sharkoctopus
A shark and an octopus!?

How did a squid and Great White
Make a big baby? Not right!
These two look so vicious, now fight!
And when these two meet
It’s a mad scientist’s dream
Animal machines reign terror and on people, they must feed
Ah! Ah! Ah! Ah! Ah! Ah! Agghh!
They run and scream!

Quick! Run from the Great White Sharkoctopus
Eats dolphins and porpoises
Tentacles will grab a big fat walrus
It’s like the apocalypse!
It’s no match for the Piranhagator!
It’s gonna make this metropolis a rain forest!
Now leave while you have the chance!
Just...leave!

Piranhagator, it’s eyes get crazed
Because the river it’s from had toxic waste
And now it’s so hungry, on a rampage!
You should not go swimming, just stay away!

There’s scientists working on a way to prevent
These two horrible creatures make the city unpleasent
Yes, they could be buried in cement
But I don’t think they have enough, they should find an alternate

Why’d they make this movie?
Effects are so sh*tty
Why? Why? Why?
What?
Why exactly?
What? Why?
Be more creative with your creatures, please, why?
Why?

What!? And then crawling right out of the sea
A T-Rex and a snake!? I thought they were extinct!?
This Dinoconda is brand new to the party
Oh no!

What the motherflippin'?
Now I’m channel flippin'
Don’t know what I’m watchin’
This is like a prison

..great concept though - both OS and what you've done to it.
bobpiecheese - July 15, 2014 - Report this comment
(Artistry) Holy balls, this was incredible! I haven't seen any of these Z-grade monster flicks, but I've watched enough reviews of them to get the concept. Incredible parody, 555!
Blaydeman - July 15, 2014 - Report this comment
(Artistry) I was very impressed by this one, Abbott. The Rhyming and pacing where fantastic. The concept was good and worked very well with the OS. I'm shocked how easily you fit the words Piranhagator and Sharkoctopus in there. Wow!

The address of this page is: http://www.amiright.com/parody/2000s/flightoftheconchords5.shtml For help, see the examples of how to link to this page. 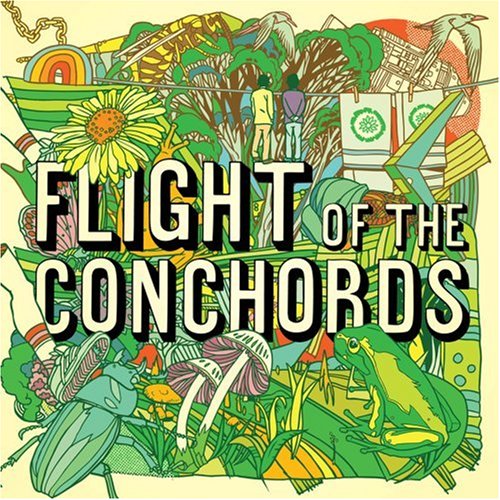 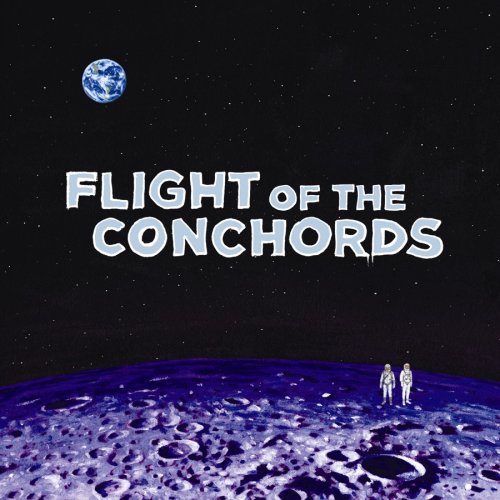