"Scars of the Crucifix"

"Tears of the Santa Claus"

Commercialized creation, reindeer meet their termination.
They die in snow unmelted, their dice cast like iron smelted.
Your treasonous consumption justifies your Chief’s ascension.
Promulgate the melancholy children’s faith in their blind folly.

Lies that you have told to young and old about St. Nicholas,
They have you tied, and leave you cold, and drag you down to the hellfires.
Blind by Fridays black, the coal, it scolds, a bloody omen of naughty.
Gifts within his sack, but none for you, you brought the tears of the Santa Claus.

You ride alone with regrets in a one-horse open sleigh.
The checked-out jolly fella might as well have had rubella.
Forever he is done giving gifts to everyone.
His presents undelivered, soon his missus goes upriver.

North Pole agony, the elves concede at the news of his death.
Now, anomie precludes the peace, and all recedes to what had once been.
The dark descent to freezing cold, again the Blizzard of ’78.
Take his resent, his wounds abscessed, now taste the tears of the Santa Claus.

The address of this page is: http://www.amiright.com/parody/2000s/deicide0.shtml For help, see the examples of how to link to this page. 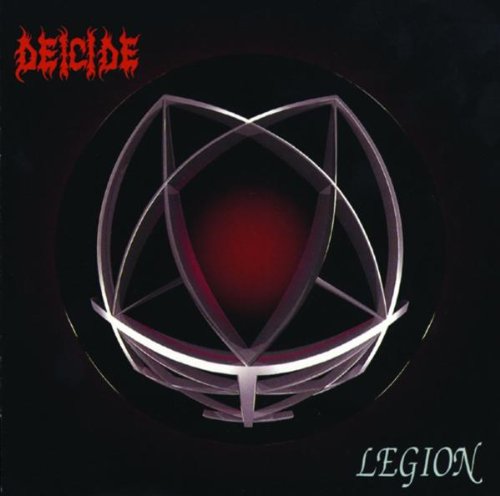 Once Upon the Cross Scars of the Crucifix Serpents of the Light The Best of Deicide