Jokes about Adele from the largest music humor site on the web. Check out the index for other performers we have jokes about. 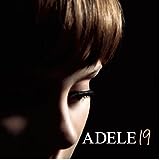 Adele named her first 2 albums 19 and 21 because those were her dress sizes when she wrote them!!!

Did you hear about the computer that got thrown in the ocean? Now there's a Dell rolling in the deep.

If I gained a pound for ever joke I ever heard about Adele's weight, I'd STILL weigh less than Adele!!!

Q. What is a term for ceasing to be an Adele fan? A. Inf-Adele-ity

Q. Why did Adele take some time off from music to practice agriculture? A. She was nurturing the farmer in Adele.

Q: What does Adele do on her days off? She spends the livelong day "chasing pavements"!

Q: Why can't Adele swim in the shallow end of the pool? A: She can only roll in the deep!!!

What computer sings good? A dell.

Why did Adele cross the road? To say hello from the other side.

Q:Why can't Adele walk to the recording studio? A: She can only go rolling in the street!