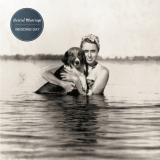 "A Sweater U Like" by Blaydeman
a parody of "Whatever You Like" by T.I.
this song was inspired by my picky sister Krissy. No matter what you get her, she wanted something else, but she's alright.
Soundclick.com: (mp3)
(Leave a Comment)

IT Submitted by: Travis
That is the only anagram it could be.

BE: "Be Easy"
Submitted by: Candy Welty