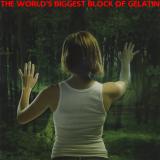 "Lead singer discovered Hawk Nelson"
In 2003, TFK lead singer Trevor "Teerawk" McNevan heard Hawk Nelson's "Saturday Rock Action" EP and recommend them to Tooth & Nail Records (who represent TFK and McNevan's side project FM Static). Shortly after, Hawk Nelson released the "Letters to the President" album under Tooth & Nail, released four other albums in the next few years, appeared on the former NBC American Dreams as The Who, recorded a song for the remake of "Yours, Mine, and Ours", and had two songs that appeared in the 2006 theme park management video game Thrillville.
Submitted by: JeReMy The Art of Breaking