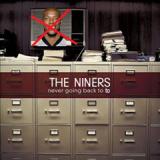 The Befores
Cry Before Dawn combined with The Afters
Maybe, instead of a combo of these bands, this could be a new band formed by former Afters members Marc Dodd and Brad Wigg.
Submitted By: JeReMy
Afters The Fire
The Afters combined with After The Fire
The Afters are a Christian band whose hit "Beautiful Love" was used as the theme of a show on MTV called "8th and Ocean".
Submitted By: JeReMy